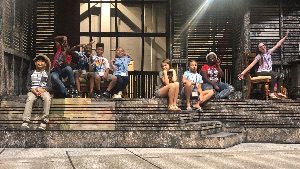 Every summer, except for a virus-related hiatus in 2020, kids from elementary school through high school participate in an exciting week of helping put together Opera Wilmington’s fully staged production for that summer. In the process, these participants in Opera Camp! become skilled performers and crew members, gaining confidence and learning how to be part of a team, as well as how to shine onstage.

In 2019 we offered two camp sessions, separated by age. All the campers had the opportunity to perform in our production of La Bohème as part of the children’s chorus. 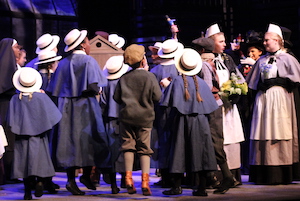 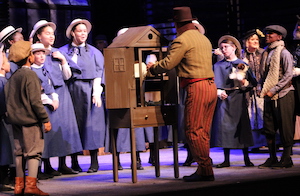 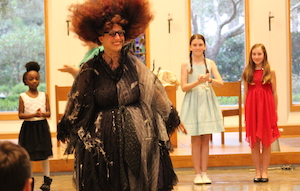 Opera Campers were front and center in Act II of La Bohème in 2019, as evidenced by these images.

Opera Wilmington’s family-friendly production of Humperdinck’s Hansel and Gretel in January 2020 also spotlighted students from two local elementary schools. The boys and girls played the gingerbread children, released from sugar-coated paralysis when Hansel and Gretel did away with the wicked witch who had put a spell on them.

Our production of Mozart’s The Magic Flute in July 2021 will cast youngsters as the Three Spirits, appointed to guide Tamino and Papageno through the trials that await them. Although children are traditionally cast as the spirits, singing those roles is no child’s play!